Bobrisky leaks chat with Tonto Dikeh as their clash heats up, reveals why no man stays with her

The former best friends have been clashing and dragging themselves on social media.

Bobrisky in a recent post which he shared via Instagram, claimed that Tonto Dikeh acted ungrateful after everything he did for her.

He claimed she was arrested in Dubai over possession of w33d and he had to risk a huge deal just to stay by her side and help her through the case. He also alleged that no man stays with Tonto Dikeh because she is allegedly bitter.

He went ahead to share a screenshot of their previous chat where Tonto referred to him as her heaven on Earth. 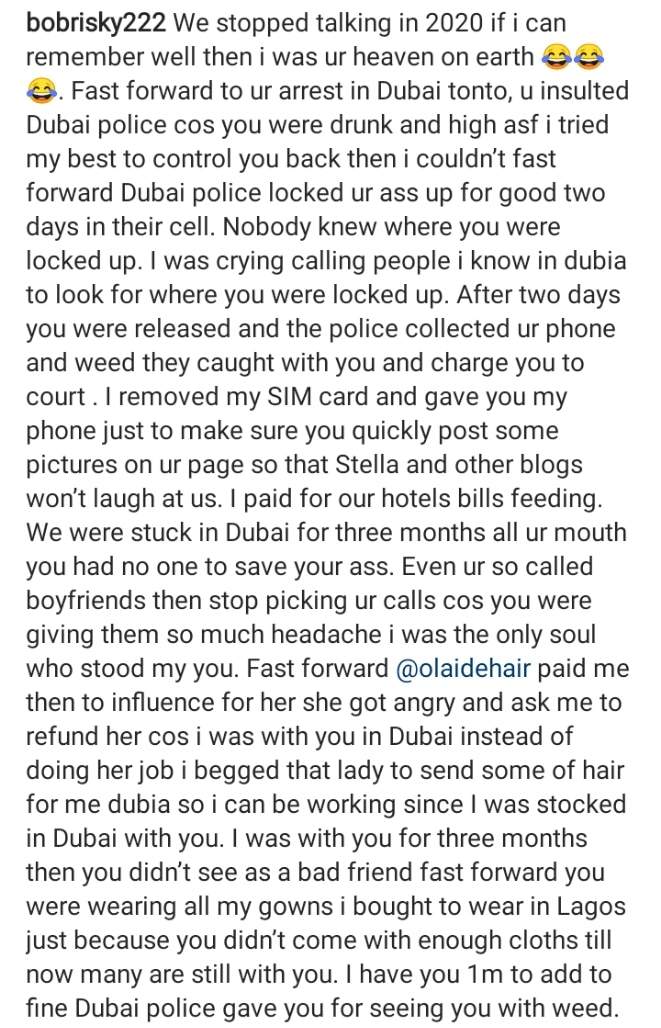 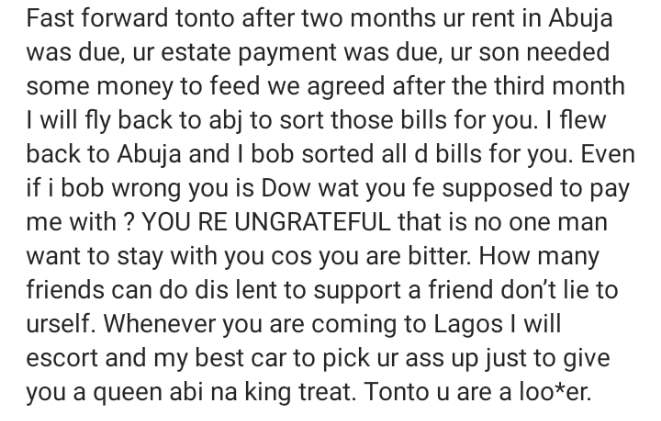 "Your fake life pass my own, aunty borrow borrow" - Bobrisky comes for Tonto Dikeh, calls her out over debt